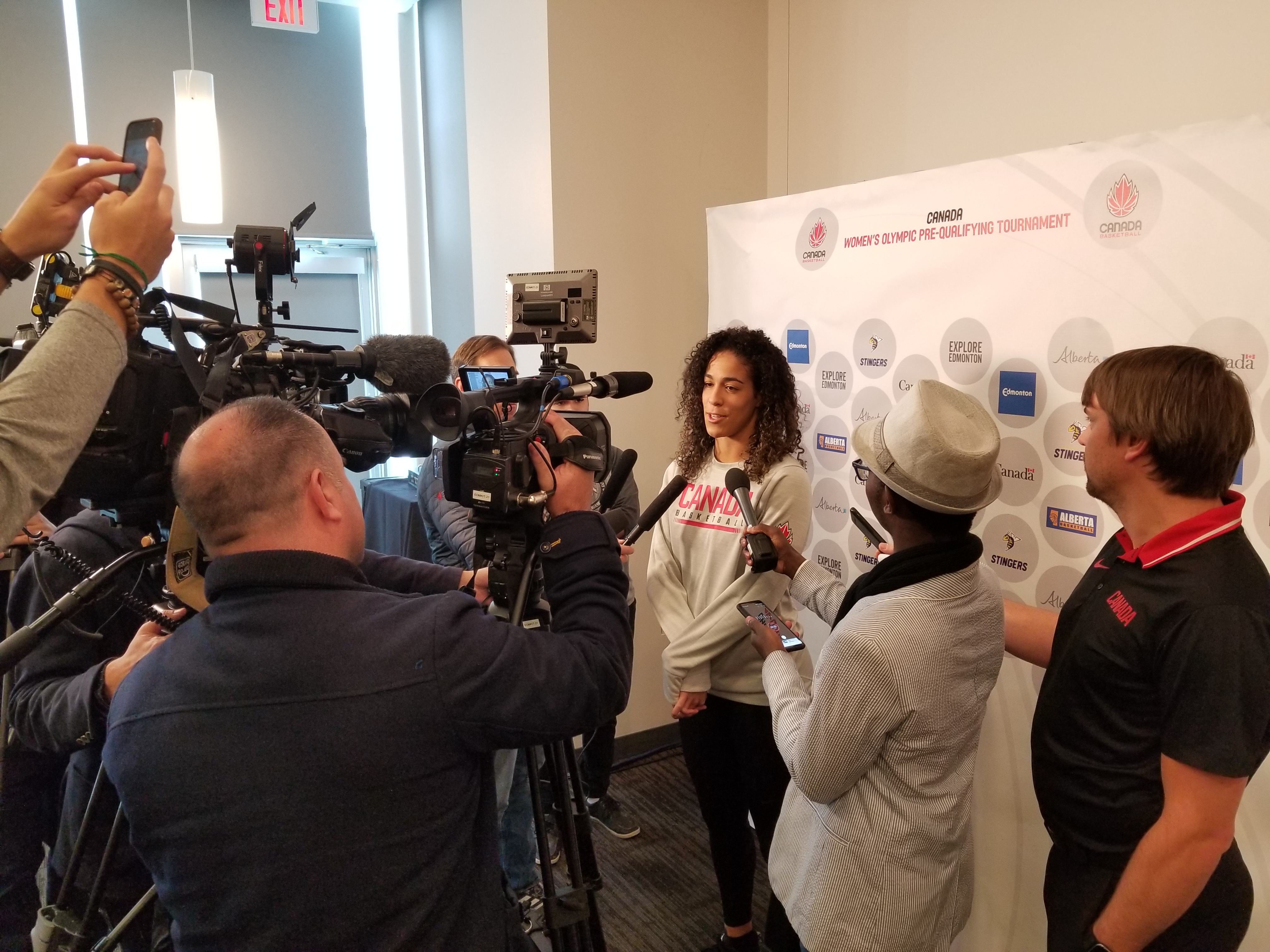 They've come from as far away as Australia to represent their country.

And fans in Edmonton don't even have to leave town to cheer them on.

The members of the Canadian women's basketball team have assembled in the Alberta capital, where the road to the 2020 Tokyo Summer Games begins.

Canada, Cuba, the Dominican Republic and Puerto Rico will compete in the FIBA Americas Olympic Pre-Qualifying Tournament at the Hall D Arena in the Edmonton Expo Centre, November 14, 16, and 17.

Tickets start at just $15 plus service fees, and are available now at www.ticketmaster.ca.

The Canadian team features a world-class roster including WNBA stars Kia Nurse, Bridget Carleton, Natalie Achonwa and Nayo Raincock-Ekunwe. Nurse and Calreton are currently playing in Australia, while other members of Team Canada are playing everywhere from Europe to the United States.

On Tuesday, November 12, Nurse and head coach Lisa Thomaidis were part of a special news conference at the Edmonton Expo Centre to kick things off.

Canada is looking to reach the Olympics for a third straight time. The top two teams in this tournament advance to the next stage of qualifying, which takes place in Feburary.

Don't miss out on this rare opportunity to see our nation's best compete on home soil!