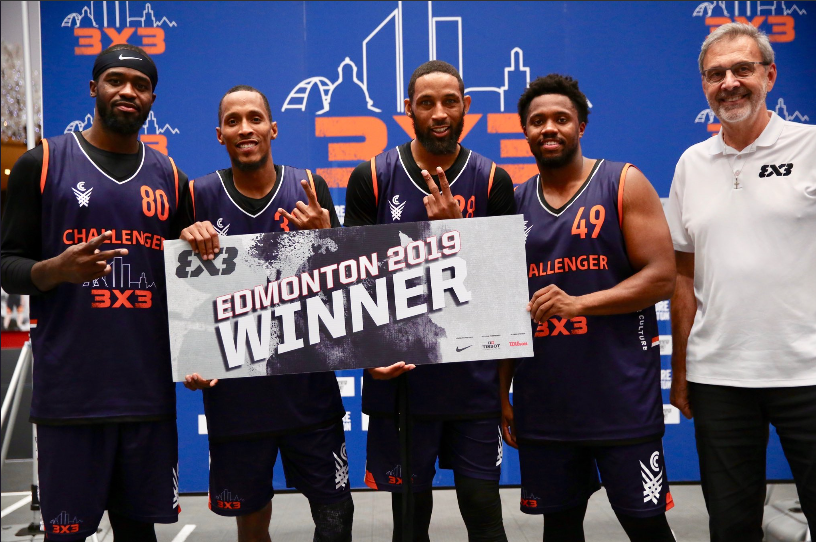 For a second straight year, the FIBA 3X3 Challenger in Edmonton took on an Empire State of mind, as NY Harlem won the championship game over top-seeded Novi Sad of Serbia at the West Edmonton Mall Ice Palace on Sunday, September 29.

Harlem's 21-10 victory made it back-to-back titles at this tournament for the New York quartet, who are the only champs in the two-year history of the Edmonton event that is quickly earning a reputation as one of the top FIBA 3X3 Challengers anywhere on the planet.

The courtside bleachers were constantly packed over two days of world-class 3X3 competition at the Ice Palace  while many more watched from around the glass on both the upper and lower levels of the West Edmonton Mall concourse.

Harlem captured the inaugural Edmonton Challenger last September when they won the final against Ralja Intergalactic, also of Serbia, 21-17.
With the win, NY earns an automatic berth in the FIBA 3X3 World Tour Masters event in Nanjing. China, next month.

Hometown favourites Team Edmonton had a strong showing, advancing to the semi-finals where it lost a narrow 21-19 contest to Novi Sad.

The Edmonton Challenger began with 16 teams on Saturday, September 28, before the field was narrowed to eight for September 29's playoff rounds. Results are below: