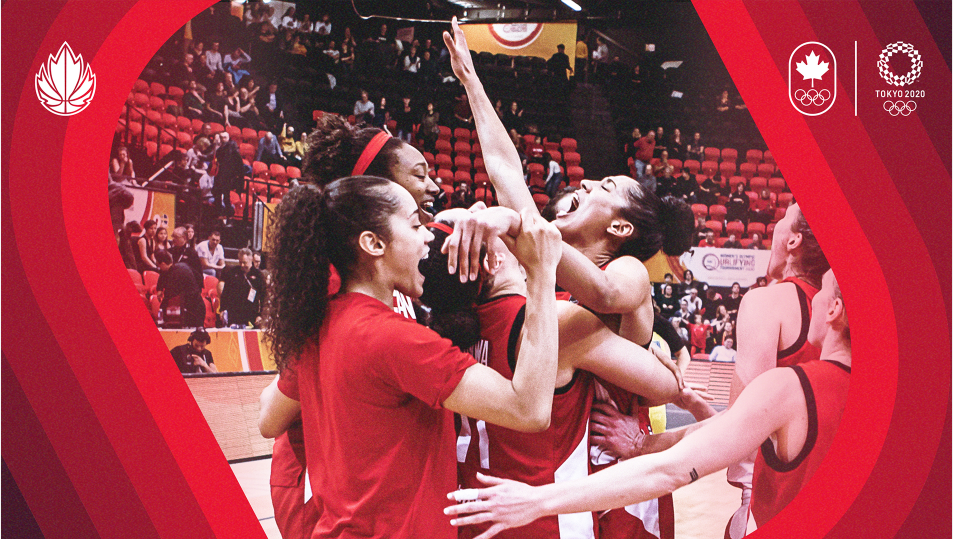 Canada’s women’s basketball team will be going for gold at the Tokyo Olympic Games, which take place July 23 to August 8 in Japan.

Team Canada plays Serbia on July 26 (2:20 am MT), the Republic of Korea on July 28 (7 pm MT), and Spain on July 31 (7:30 p.m.). The quarterfinals will take place on Aug. 3-4, followed by the semifinals on Aug. 5-6, with the bronze and gold medal games set for Aug. 7-8. Canadian women’s basketball veteran player Miranda Ayim will be Canada’s co-flag bearer at the Summer Games opening ceremonies, which take place on July 23 (5 am MT).  The Games will be broadcast in Canada on CBC, Sportsnet and TSN.

Edmonton has served as the official home training base of Canada Basketball Senior Women’s National Team since 2013, however the team has not been able to gather in Edmonton since 2019 because of the global pandemic.

Over the span of its time training in Edmonton, the team has won gold medals in the Pan-Am Games and Americas championships, competed at the World championships, and is now making its record third consecutive Olympic appearance. Canada is currently ranked a program-high 4th in the FIBA World Rankings.

“Best of luck to our women’s national team as they compete against the best of the world in Tokyo,” says Alberta Basketball Association executive director Paul Sir. “We will be cheering them on all the way and know they will do our country proud. We look forward to when we can see them in Edmonton again in the near future.”