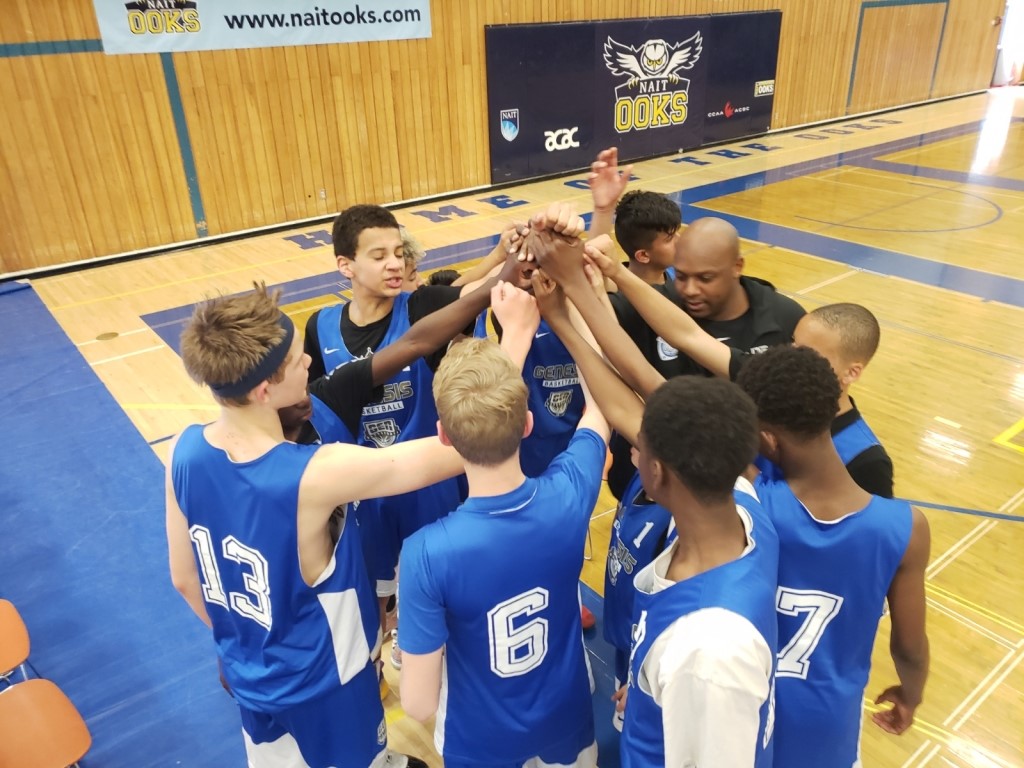 Genesis Basketball teams won both the boys and girls divisions at the 2019 Jr. NBA Global Championship Alberta qualifying event in Edmonton on May 10 and 11.

The Genesis boys and girls teams will next play in the Canada West Regional Finals, against the qualifying teams from British Columbia, in Langley, B.C., on June 1.

The teams that come out on top at the Canada Regional Finals will go on to represent Canada at the 2019 Jr. NBA Global Championship at Walt Disney World in Florida, Aug. 6-11.

At the Alberta qualifier, the Genesis boys trailed by as much as 15 points in the third quarter before coming back to defeat a gutsy CBA team in the final game. In the girls final game, Genesis won a tightly-contested match-up against Olympia Victoria by two points.

This was the second straight year for Genesis sweeping both the boys and girls divisions at the Alberta qualifier.

Good luck to both Genesis teams as they represent Alberta at the Canada West Regional Final!

More information about the Jr. NBA Global Championship can be found at jrnba.ca.